AB 1593 (Ma) provides victims of domestic violence who have suffered Intimate Partner Battering (IPB) a chance to present their evidence in an effective way during the parole process. 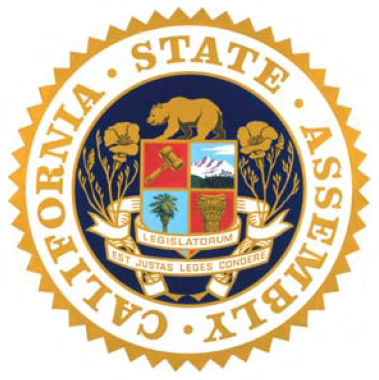 Domestic violence encompasses a spectrum and often a pattern of behaviors that includes physical, sexual, verbal, emotional, economic, or psychological used by one partner to gain or maintain power and control over another intimate partner. Domestic violence can happen to anyone regardless of gender, race, age, sexual orientation, socioeconomic background, or education level.
Currently, over 7,000 women are imprisoned in California’s state prisons, the majority of whom have survived domestic violence. Several hundred women in California are serving time for killing their batterers and hundreds, if not thousands more, are serving time for domestic violence-related crimes.

A California state prison study found that 93% of the women who had killed their significant others had been battered by them; 67% of these women indicated the crime resulted from an attempt to protect themselves or their children.
In 1994, the Legislature enacted SB 499 to give the Board of Prison Terms, also known as the Parole Board, the authority to consider IPB as a factor in the suitability of the prisoner’s parole. Under SB 499, the Board is also required to make a finding in the record on the facts considered by the Parole Board. The Parole Board is then required to report annually to the Legislature and the Governor on the parole decisions involving IPB. However, the Parole Board’s report does not offer concrete details of how the Parole Board evaluates the IPB claims.

Currently, when a domestic violence victim is questioned by the parole board on the crimes they committed, the victim often discusses the history of their victimization and their prior abuse. The Parole Board often considers this acknowledgement of victimization as “lack of insight” and denies their parole.
In 2001, California enacted SB 799 to allow domestic violence victims to file habeas corpus claims for crimes relating to IPB before January 1992. However, the California Supreme Court did not hear an IPB case until August 29, 1996, in People v. Humphrey. Later the Legislature changed Penal Code Section 1473.5 to reflect the date of this decision. However, Penal Code Section 4801 referring to IPB in Parole Board hearings has not been amended to reflect the date of the Court’s decision.

AB 1593 requires that the parole board give great weight to any information or evidence that proves the prisoner experienced intimate partner battering (IPB) and its effects at the time the crime was committed.
AB 1593 ensures the date the crime took place is consistent with date established in current IPB statute (Penal Code 1473.5).

AB 1593 will also prohibit the parole board commissioners from using “lack of insight” as evidence to deny suitability in cases involving IPB.